The first half of 2021 has been an exuberant period for many aspects of Southeast Asia tech investment. Even as COVID-19 cases reached a record high and many countries went into a prolonged economic lockdown, the region tech scene continued to break a number of new records.

Deal sizes and valuations at each of the early funding stages have remained remarkably stable over recent years. In H1 2021, we saw a sharp upturn in both. Median round sizes rose, with Pre-A rounds of $0.8M, Series A rounds of $4.3M, and Series B of $10M.

H1 2021 was entirely typical in terms of the geographic distribution of deals. 51% of capital was invested in Indonesian startups, and Indonesia and Singapore startups combined accounted for 70% of the total number of deals done. There was also an increase in activity in the Philippines.

More narrowly focused digital retailers collected over $1.1B in investment, nearly double that of H1 2020. Fintech startups saw a similar amount of capital inflows, in that case about four times the volume of H1 2020. Fintech appears to be the sector of investor focus at the moment.

H1 2021 saw PropertyGuru, Nium, Carro added to Southeast Asia’s companies valued at over $1B. While relevant press announcements did not make it to a strictly defined H1 timeframe, we now know $1B+ valuations were being finalized for companies such as Carsome, Carousell, Xendit, VN Life, and Advance – thus, considered them as $1B+ companies, although some of the announcements came in Q3.

In a first for the region, IPOs accounted for more than 50% of liquidity. While this was the product of one IPO carried out by CTOS (ctosdigital.com) in Malaysia, it may signal the start of an interesting trend.

The profile of other exits in H1 2021 seems to follow the rather subdued trend noted in our 2020 report. We continue to assume that some larger potential deals have been delayed and that we will see some pick up in trade sales in the second half of the year. 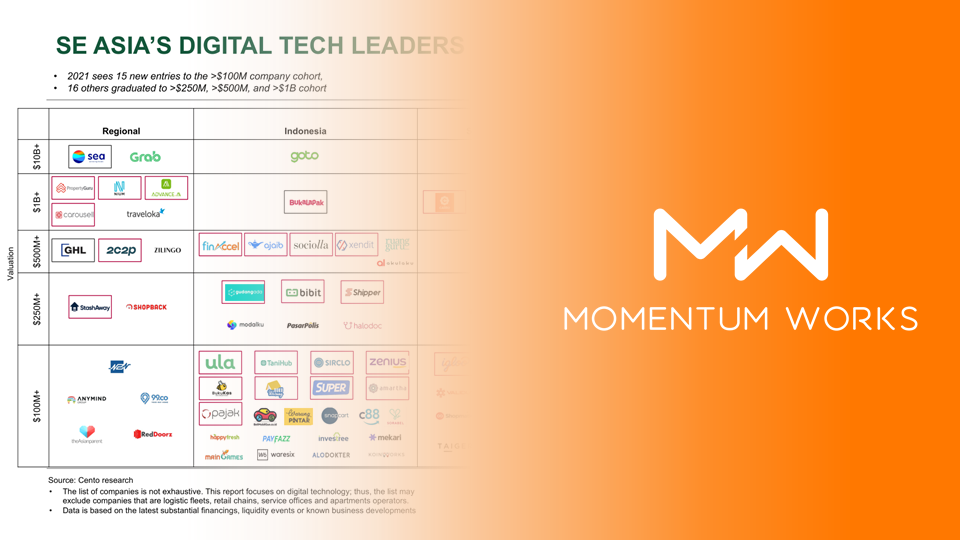 Who are the leading ecommerce logistics players in Indonesia?

Shopee is entering France – are they facing strong competition there?

Seven ways to breed a Unicorn in Southeast Asia