This week, NASA released spectacular images from the James Webb Space Telescope (JWST) giving the clearest view of the universe ever.

Fun fact – I studied physics at Johns Hopkins University’s Homewood Campus in Baltimore where the Space Telescope Science Institute (STScI) is located. The institute led the science operations of the Hubble Space Telescope (HST) and is currently doing science and mission operations for JWST.

Funnily though, my academic focus back then was theoretical cosmology – which basically studied the science of space. You might be surprised but everything we were learning was changing daily. I went to college about a year after the Laser Interferometer Gravitational-Wave Observatory (LIGO) announced the detection of gravitational waves (in 2016). I love that half of the classes I took started with “so this is the theory that hasn’t been disproven yet”.

I got a little taste of the JWST during my 3rd year of college, working with a professor for my space science and engineering class who was on the telescope project. I watched the launch with bated breath and teary eyes, because I knew what a labor of love this was, and how long and how many obstacles they had overcome. 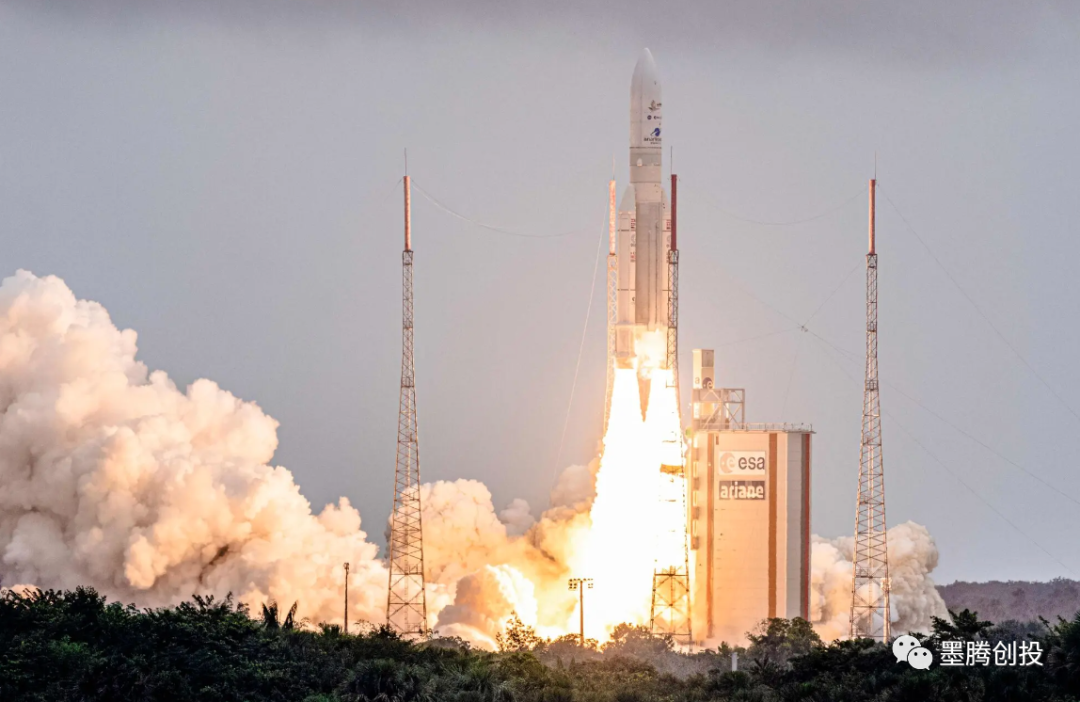 There was some nervousness surrounding whether or not it would work, but of course it did,  and these images are incredible. The clarity in comparison to its predecessor (Hubble) is insane!! We can see SO much more and SO much clearer.

This was day 1 of many – the incredible and important thing to remember about Webb is that while we know what the telescope is capable of and what we desperately want to find out (want answers to), we are going to find answers to questions we haven’t even thought of yet.

I have to say, when I first saw an image from JWST, my first thought was “there is NO way we are alone in this universe.”

Now that I am working at Momentum Works, I can draw many references between the space missions and the Web3 space, which I and my team are diving deep into. Here are some of my insights:

I went into physics thinking I would dedicate my life to research within the field of cosmology – I was particularly intrigued by the questions surrounding dark energy and dark matter, and then I got a first hand taste of project timelines and just how much patience was required!

I’m generally intrigued by things that don’t have answers. There’s a lot of humility in knowing how little we know. It’s incredible to me that if we knew about everything on earth we would still know about less than 1% of what makes up the universe.

It is the same for Web3 now. Anyone who tells you they are an expert probably doesn’t really know what they are talking about.

Physics really taught me the importance of formulating the right question to find the answer to.

Web3 is much like astrophysics in that the building blocks (fundamental concepts) are there – it’s just about asking the right questions, strong collaborative efforts, and a whole lot of discovery. Once again, the big questions have no “right” answer.

I will always, always spend hours combing through news articles about theories and discoveries, and never stop having conversations with colleagues and professors within the field but right now, it’s not within my career goals.

So where Web3 comes in: I’ve always loved technology, and studying physics requires quite a large amount of comfort with large data sets.

I am currently very inspired by Vitalik Buterin and Charles Bennett. Those two role models are who I keep in mind when I think about my future and the people I would like to emulate when building it. They both have so many unanswered questions, and so many questions that haven’t even been considered or thought up yet!

For me – I learnt a bit of coding and data processing. That came handy in both constructing the research (read our Web3 report!) and coding our own DAO (coming soon – stay tuned!).

Huge credit to Hopkins – we literally had clear glass rooms where we’d scribble equations on and collaborate on problem sets. This is also a fundamental aspect of Web3 and decentralization. In my job right now, I love that ability to unite so many people in this intellectually-stimulating discovery journey.

Transparency is so important when changing something on a large scale for the better – everyone can have their questions answered by the same information & be on the same page.

Ultimately, although I am no longer in the field of space, my ambitions have not changed. I still want to do something/be a part of something that’s never been done before, and hopefully will revolutionize the world – either in the way we think about things (research) or create a product that will improve our lives, and unite people.

At Momentum Works, we are a bunch of innately curious people who want to push the boundaries and get our hands dirty. We don’t really care about your past experiences, but we do want people who are passionate about uncovering the mysteries of the new edge tech ecosystem. If you are interested,do give a shout out (recruit@mworks.asia )!

We would love to have a chat! It would be an exhilarating experience.

We are slowly entering the decentralised future – attending concerts in the metaverse, playing online games to earn money, etc.

However, many of these use cases of blockchain technology, including the metaverse, seem extremely technical, and at times, even difficult to grasp.

In Momentum Works’ “Web3 – the inevitable next step?” report, we break down all these concepts along with a closer look at some of the companies and projects in Web3, and some of the industry’s future trends.

Get a copy now!

Digital banks are blossoming in many parts of the world. With a large number of players entering the fray – from incumbent banks to fintech and diversified big tech players, competition is heating up.

After Digital banks in Southeast Asia (covering Indonesia and Malaysia) and Who is Nubank reports, we wanted to cut through the noise in the space and condensed key learnings from leading digital only banks in the world, as the third installment of Momentum Works’ digital bank series.

How do you do marketing during the Covid-19 pandemic?

Why is Microsoft investing in OYO?

Why is SHEIN successful?

Web3 – You’ve not missed anything!

Why would Carsome and Foodpanda expand headquarters amid a tech downturn?

MissFresh CFO has been building community group buy in Indonesia under...