In the past few years, any company that has a good use case would try to promote its own version of mobile payment. The myriad of solutions available in the market can be quite puzzling: 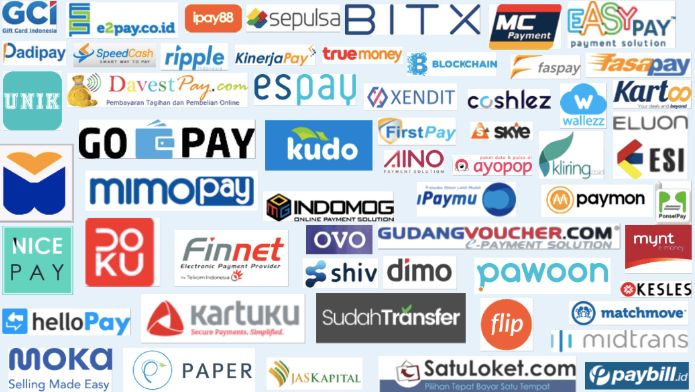 These included licensed, unlicensed, up/down-stream and grey area players. Momentum Works once categorised the major players based on their backers…

The payment landscape in Indonesia has gone massive shifts lately. In February, a new brand name, LinkAja, appeared and quickly secured a top spot in the store rankings. In March, Tokopedia followed Grab to invest in OVO.

The chaos in the mobile payment market seems to be making way for oligarchy. A few players are emerging leaders.

This is quite different from a year ago, or even half a year ago.

In the past few years, any company that has a good use case would try to promote its own version of mobile payment. The myriad of solutions available in the market can be quite puzzling:

These included licensed, unlicensed, up/down-stream and grey area players. Momentum Works once categorised the major players based on their backers:

Even some of the major ones listed above did not have a payment or e-money license. They often found creative solutions for the roll-out.

In recent months, OVO, which is supported by a number of major forces, and Dana, supported by Ant Financial, are firmly on the top of the chart.

GoPay, owned by GoJek, is not a standalone app itself, and therefore not in the rankings. However, according to a report by Momentum Works last November, GoPay had a user base of 10M+, above OVO and Dana back then.

Many of you who are not in Indonesia might be wondering, what happened to T-cash and Mandiri e-cash, which also had, collectively, tens of millions of users?

And they are not new players in mobile payment. Telkomsel owned T-Cash, and Mandiri e-cash. BNI also operated a payment solution Yap!, while BRI operated T-Bank.

Here is the key: all of them are merging into LinkAja, to be run by the team of T-Cash, the strongest among them all.

So now you know why T-cash and e-cash disappeared from the store. In fact, if you view the version history you would know that LinkAja used to be T-Cash.

LinkAja has many features, including QR payment, utilities, and top up via convenience stores and ATMs.

If the Indonesian government consolidates QR standard (like Singapore did with SG QR), LinkAja will enjoy a pretty good advantage.

OVO can be considered a latecomer, having only been released in 2017. Its user base grew tremendously since.

These strong use cases and OVO’s de facto monopoly in many of them fostered fast user growth.

Aside from Lippo, Grab and Tokopedia, two major unicorns, are using OVO, and have thus become shareholders.

In fact, Lippo was an early investor of Grab. In March 2016, Grab established a strategic partnership with Lippo. And both have announced payment collaboration in July the same year.

Since Grab’s investment in OVO, the payment solution has been deeply integrated into Grab’s ecosystem.

Even the current CEO of OVO Jason Thompson hailed from Grab.

OVO looks like the best positioned in terms of ecosystem, from online to offline, from ecommerce to ride-hailing.

Dana is even younger than OVO, launched only in March 2018. Dana is backed by Emtek and Ant Financial.

In early days, Ant picked Emtek to work with probably because it owned BBM in Indonesia. However, BBM’s popularity has dwindled greatly, replaced by that of Line and Whatsapp.

However, it is important to note that Emtek is also the parent of Bukalapak, a newly-minted ecommerce unicorn.

Dana was relatively unknown, until last November, when it suddenly started massive promotions, resulting in a surge in usage and rankings.

Although relatively weak in use cases, Dana has strong technical expertise and rich experience of Ant Financial. This advantage will last at least 1-2 years while they build up their use case.

So it is a classical story of winners becoming even stronger. OVO, Dana, and LinkAja all have their advantages, especially in backing. GoPay, on the other hand, without strong third-party ecosystems, would fight the battle pretty much alone.

It is only going to become more and more interesting.

Sea freight amid coronavirus scare – yes or no?

Worst commentary ever: “Should Sea sell Shopee and focus on Garena?”

Momentum Works provides insights, consulting services as well as venture building capabilities to help expand your business/portfolio in the most promising emerging markets.

Was Lu Qi purged from Baidu? We find this theory interesting

Sea freight amid coronavirus scare – yes or no?

How do you do marketing during the Covid-19 pandemic?

Uniqlo, Muji & Daiso all in one, but Chinese?

ABOUT US
The Low Down (TLD) is a blog by the team at Momentum Works. Here we share our thoughts on tech & VC in China, Southeast Asia and beyond. Find out more about us by heading to our website.
Contact us: hello@mworks.asia
FOLLOW US
© 2016 - 2020 Momentum Works